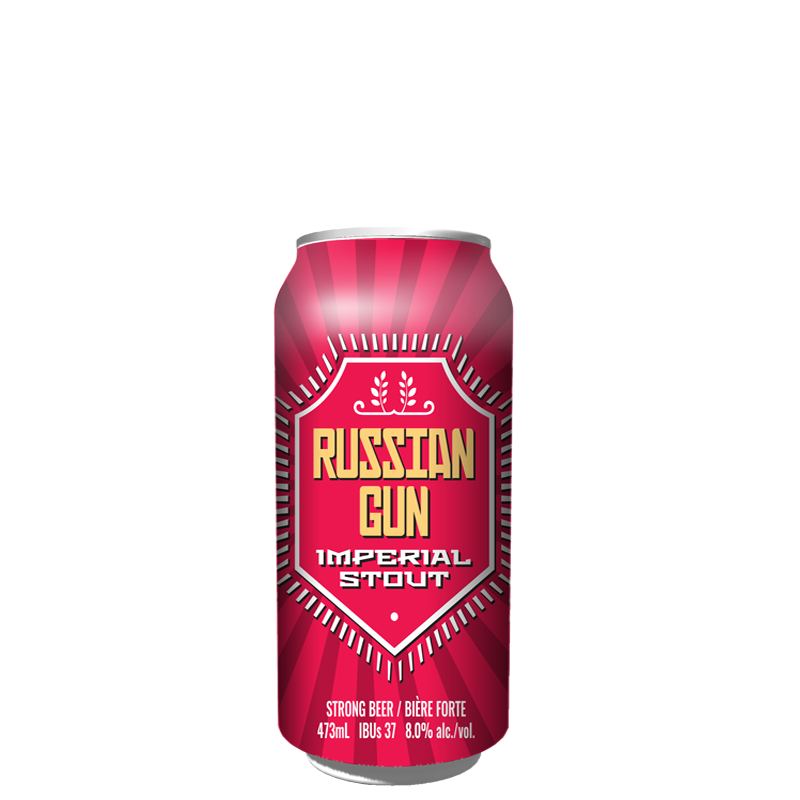 The Russian gun (or Gun as we call it) is named after the Queens square cannon that sits downtown Galt, Cambridge. The cannon was awarded to the town of Galt for its support of the English troops during the Crimean war which ended in 1856.

That year to celebrate the victory during Victoria day the Cannon was fired at noon. The men firing the cannon successfully fired three shots however during the forth the powder prematurely exploding killing both men charring their upper bodies beyond human recognition and dismembering the arms and hands of both men; two children were lightly scratched.

We have crafted the Russian gun to commemorate this local tragedy taking the recipe from an old English recipe dating back to the early colonial times.

Currently Russian Gun is part of our rotating taps, as well as available to purchase as cans in our Retail Store! Apologies in advance, we DO NOT fill growlers of Russian Gun Imperial Stout.